Ever wondered where PnP came from? No? Well then shame on you! Where do you have to go so quickly? Grab a beer, sit back and read on, let me tell you a bit about the show that has become the “North Texas gathering of the gearheads.”

The little car club with the big name, “the Chupacabras,” had the idea back in 2001 to do a little show in the parking lot of a chroming shop in Garland Texas. With a budget of about $100 and a little bit of foot work, the boys set to organizing a show that would host both autos and art, all with the “kustom kulture” interests in mind. Now mind you, Jesse James was making a stink in California, adding the iron cross to our general public lexicon and making flames and skulls a household television staple. Not to mention, our fellow Texans down south hosting the first “Roundup” just weeks before the first PnP. Talk about a parallel universe!

Well, the first show was a blast and set a tone for nothing really “new” but a “feeling” that size didn’t matter for the first time in Texas! With only 38 cars entered and a handful of excited people, the DJ spun the records and the sun shown down on the Chupes, handing out hand made trophies and sharing cold beers around a lot of primer and chrome. Oh, and on the inside of the shop, a few artists were displaying one of a kind Roth inspired art. Again, this wasn’t new, millions of car shows have come and gone, but it was a new way to gather for this new breed of “kustom” enthusiasts. Funny how using a “K” for spelling things is kinda goofy now!

Since then, the boys have kept the club small, the attitude humble and have even agreed to keep the show within its current home’s fences, the North Texas Fair Grounds. Sure, we could attempt to overtake the enormous complex but the vibe would be lost. On the grass and manageable in size, the current “Pistons and Paint” show allows the spectator to make it all the way around the collection of cars & bikes, stop and take a pic and catch a few great, live bands. Even the prices have been kept low making it easy for the working cats and kittens to swing by, grab some vittles, take in some art and enjoy the show.

You might have even noticed some of our fellow Texan clubs taking the time to organize their own great shows. We welcome these super cool events with open arms and enjoy attending in a “spectating” capacity and not as a working “staffer!” The more the better. It’s just that many more chances to display the things you’ve worked so hard on in your garage!

So with all this said, you’ve probably finished your beer and are getting anxious to head back to the shop. We appreciate your interest and hope you’ll join us again this year for another great show! 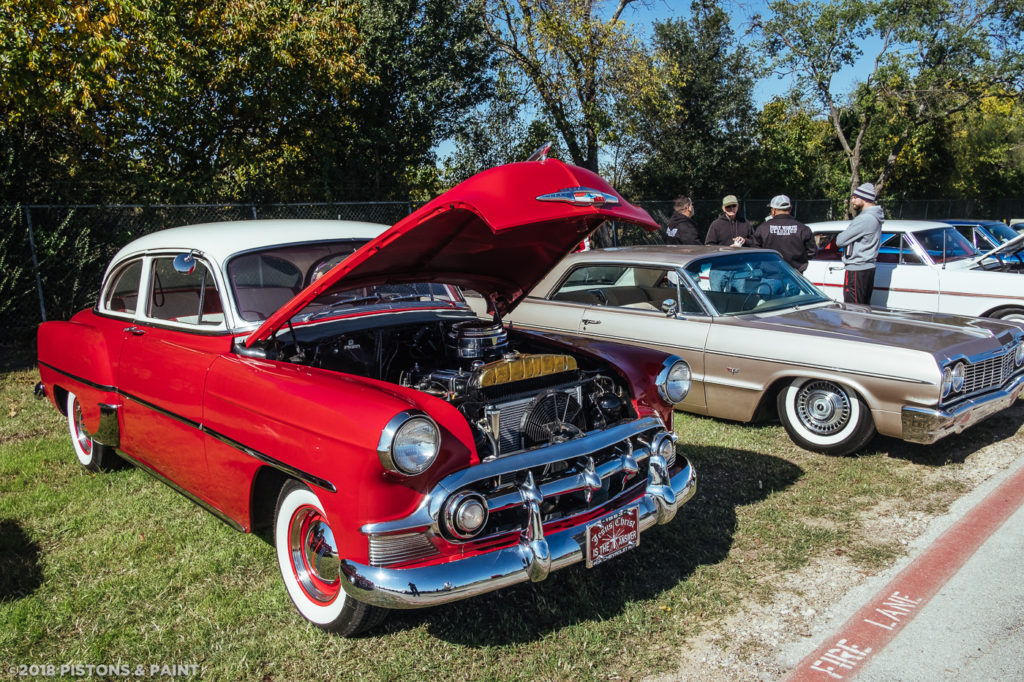 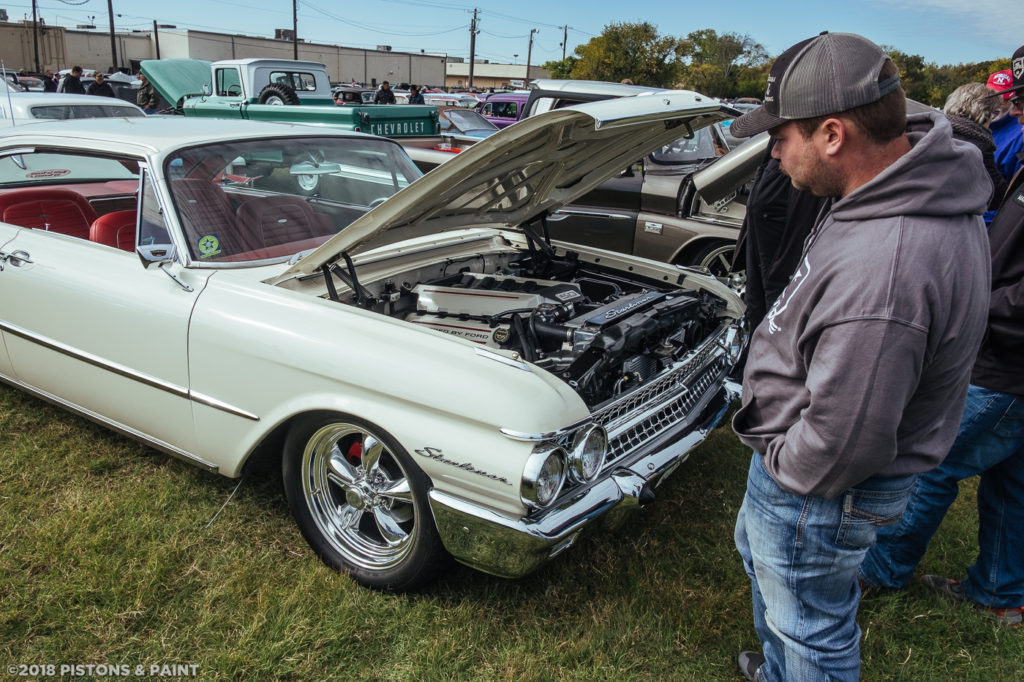 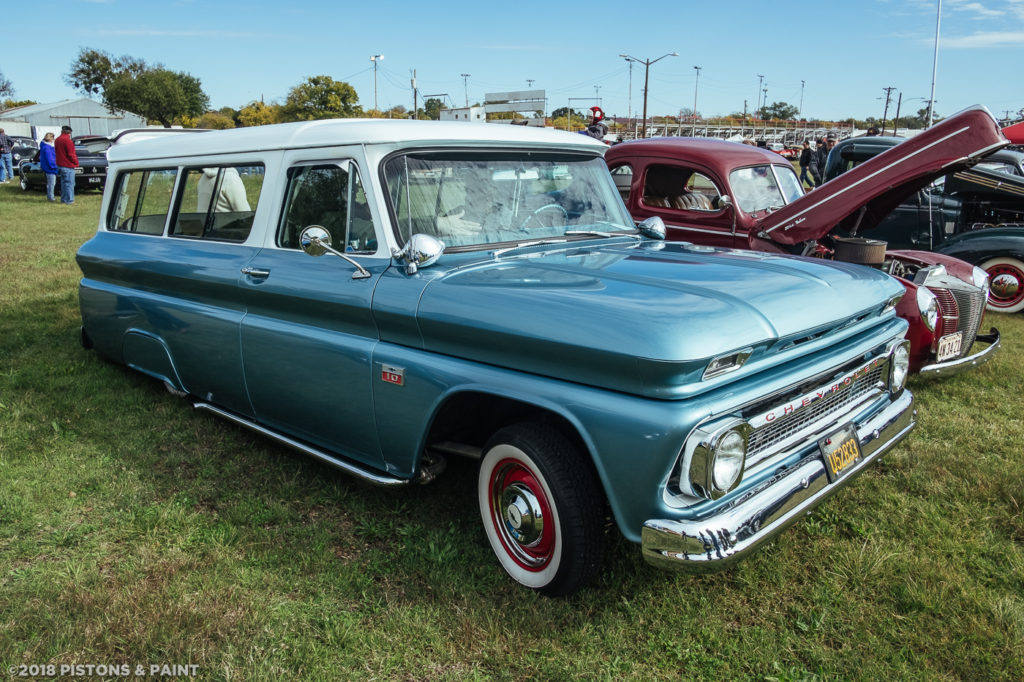 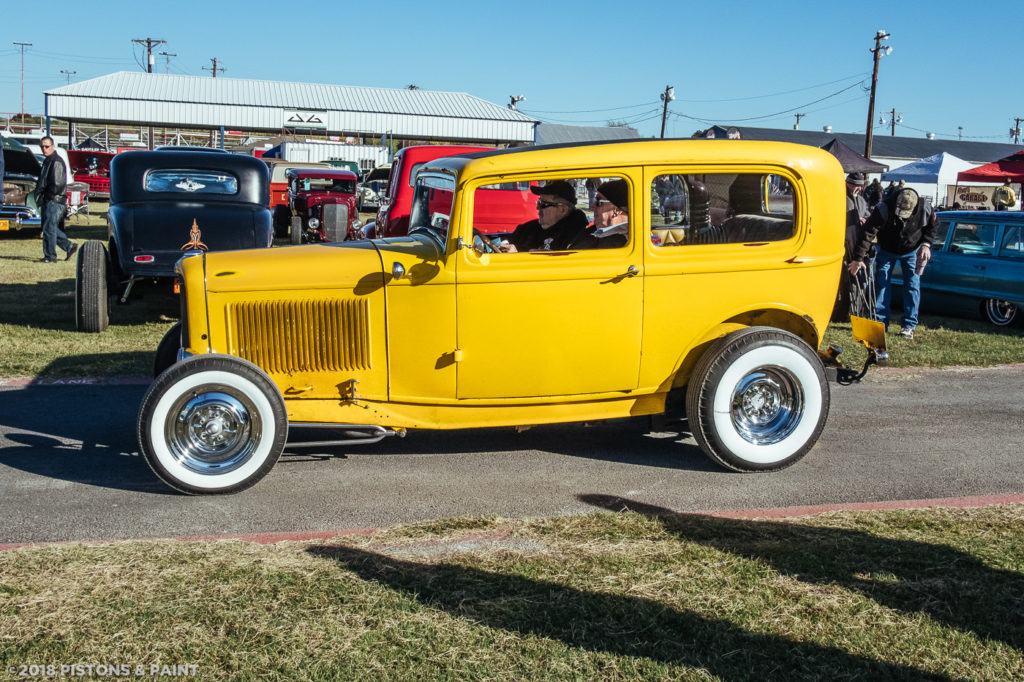